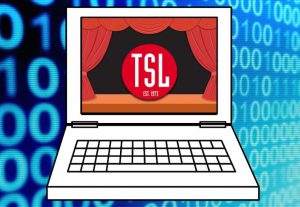 TSL expands into the digital realm!

In partnership with our film distributors, we offer you a selection of independent films, documentaries, and theater available to stream from your devices at home.

Virtual film selection to be updated on a continual basis.
For technical support, please call TSL at 518-822-100 or e-mail jeff@timeandspace.org.

“So what did you think?”

Join our TSL virtual get-togethers! From talking shop to friendly chatter – a chance to keep alive the conversation. Featuring TSL’s digitally enhanced staff – and the extended TSL family (that’s you)!

Stay tuned for our next scheduled talk. Recordings of previous talks here.

A Magnolia Pictures and ShortsTV release.

For the 16th consecutive year, ShortsTV and Magnolia Pictures present the Oscar-Nominated Short Films, opening on April 2nd. With all three categories offered – Animated, Live Action and Documentary – this is your annual chance to predict the winners (and have the edge in your Oscar pool)! A perennial hit with audiences around the country and the world, don’t miss this year’s selection of shorts. The Academy Awards take place Sunday, April 25th. Details TBA.

A burgeoning friendship between philosophy teacher Jeanne (Anne Teyssèdre) and pianist Natacha (Florence Darel) is strained by jealousy, suspicion, and intrigue. Natacha encourages Jeanne to pursue the former’s father, Igor (Hugues Quester), in order to supplant Eve (Eloïse Bennett), the young girlfriend Natacha loathes. Natacha’s scheme, however, risks alienating those closest to her as well as entangling Jeanne in a romantic drama she has vowed to avoid. A Tale of Springtime demonstrates Rohmer in full command of subtle visual storytelling as he contrasts the brightness of his characters’ Parisian and suburban surroundings with their conflicting desires, ideas, and temperaments. 1h48m.

Among the most spiritual and emotional films of Rohmer’s storied career. Five years after losing touch with Charles (Frédéric van den Driessche), the love of her life and the father of her young daughter, Félicie (Charlotte Véry) attempts to choose between librarian Loïc (Hervé Furic), who lives in the Parisian suburbs, or hairdresser Maxence (Michel Voletti), who has recently moved to Nevers. In the midst of indecision Félicie holds to an undying faith that a miracle will reunite her with Charles, a faith that Rohmer examines in all of its religious dimensions and philosophical ramifications. 1h54m.

Based on events from Rohmer’s youth, A Tale of Summer follows amateur musician Gaspard (Melvil Poupard) to a seaside resort in Dinard, on the coast of Brittany. There three women (Amanda Langlet, Gwenaëlle Simon, Aurelia Nolin) each offer the possibility of romance, but Gaspard’s inability to commit to just one places all of his chances at love in jeopardy. Summer features Rohmer’s wistful observations on indecisiveness and the fickle nature of desire, as brought to life by a talented young cast in a picturesque setting. 1h53m.

A breezy take on the classic American romantic comedies that influenced Rohmer and his New Wave peers. Set in the Rhône Valley and taking full advantage of its golden vineyards, A Tale of Autumn concerns simultaneous schemes to find a new love for reserved winegrower and widow Magali (Beatrice Romand). While Magali’s son’s girlfriend (Alexia Portal) attempts to pair her with a former professor and lover (Didier Sandre), Magali’s friend Isabelle (Marie Rivière) assumes a false identity in order to bait eligible bachelor Gérald (Alain Libolt). The misunderstandings that follow are pure Rohmer in revealing the humor of human folly and foible. 1h52m.

Documentary. In English and Chinuk Wawa with subtitles. 2020. 1h20m. View the trailer here.

A poetic, experimental debut feature circling the origin of the death myth from the Chinookan people in the Pacific Northwest, Małni – Towards the Ocean, Towards the Shore follows two people as they wander through their surrounding nature, the spirit world, and something much deeper inside. At its center are Sweetwater Sahme and Jordan Mercier, who take separate paths contemplating their afterlife, rebirth, and death. Probing questions about humanity’s place on earth and other worlds, Sky Hopkina’s film will have audiences thinking (and dreaming) about it long after.

This riveting, Cannes-selected #MeToo drama from debut filmmaker Charlène Favier follows the relationship between a teenage ski prodigy and her predatory instructor, played by frequent Dardenne brothers collaborator Jérémie Renier. In a breakthrough role, Noée Abita plays 15-year-old Lyz, a high school student in the French Alps who has been accepted to an elite ski club known for producing some of the country’s top professional athletes. Taking a chance on his new recruit, ex-champion turned coach Fred decides to mold Lyz into his shining star despite her lack of experience. Under his influence, she will have to endure more than the physical and emotional pressure of the training. Will Lyz’s determination help her escape Fred’s exploitative grip?

This illuminating documentary explores the life of a unique American artist, a man with a remarkable and unlikely biography. Bill Traylor was born into slavery in 1853 on a cotton plantation in rural Alabama. After the Civil War, Traylor continued to farm the land as a sharecropper until the late 1920s. Aging and alone, he moved to Montgomery and worked odd jobs in the thriving segregated black neighborhood. A decade later, in his late 80s, Traylor became homeless and started to draw and paint, both memories from plantation days and scenes of a radically changing urban culture. Having witnessed profound social and political change during a life spanning slavery, Reconstruction, Jim Crow segregation, and the Great Migration, Traylor devised his own visual language to translate an oral culture into something original, powerful, and culturally rooted. He made well over a thousand drawings and paintings between 1939-1942. This colorful, strikingly modernist work eventually led him to be recognized as one of America’s greatest self-taught artists and the subject of a Smithsonian retrospective. The film balances archival photographs and footage, insightful perspectives from his descendants, and Traylor’s striking drawings and paintings to reveal one of America’s most prominent artists to a wide audience.

Anja (Andrea Bræin Hovig) lives with Tomas (Stellan Skarsgård) in a large family of biological children and stepchildren. For a number of years the two adults have grown independent of each other, with creative jobs in parallel worlds. When Anja gets a terminal cancer diagnosis, their modern life breaks down and exposes neglected love. Alone with her grief and her fears, Anja realizes that she needs Tomas’ full help and support. It’s their only chance. How else will their children find the strength once she is gone, if their parents are unable to weather the storm together? Anja and Tomas are thrown into a crash course in mutual trust, and eventually a joint struggle, to deal with this unexpected and premature death. By getting to know each other anew, they unconsciously become principal characters in a love story, finally learning to truly love each other after a long life spent together.

Over six bloody days in June 2000, the Congolese city of Kisangani was the scene of deadly violence between the Ugandan and Rwandan armies. More than 10,000 shells exploded, killing thousands and injuring thousands more. Since then, victims of the Six-Day War have fought for recognition and compensation. Uganda has been found guilty of war crimes by the International Court of Justice, but the victims remain uncompensated decades later. Now, they decide to take matters into their own hands. In the first Congolese film to be an official selection Cannes Film Festival, and his country’s national submission to the Academy Awards, acclaimed director Dieudo Hamadi captures their long journey down the Congo River to voice their claims in capital city of Kinshasa, seeking justice at last.

An African immigrant struggles to make a new life for himself in the big city in director-co-writer Burhan Qurbani’s (We Are Young. We Are Strong.) audacious, neon-lit reinterpretation of Alfred Döblin’s 1929 novel (which filmmaker Rainer Werner Fassbinder famously adapted into a West German television mini-series in 1980). After surviving his perilous journey, Francis vows to be a good man, but he soon realizes how difficult it is to be righteous while undocumented in Germany – without papers, without a nationality, and without a work permit. When he receives an enticing offer for easy money from the psychopathic gangster Reinhold (Albrecht Schuch), Francis initially resists temptation, but eventually he is sucked into Berlin’s underworld and his life spirals out of control.

Set in a small Icelandic farming community, The County, from director Grímur Hákonarson (Rams) tells the story of Inga, a middle-aged dairy farmer who rebels against the all-powerful local Cooperative. Inga tries to get other farmers to join her in rising up against the Co-op’s corruption, but encounters great resistance, forcing her to confront the community’s dependence and loyalty to this single, dominant enterprise. Inga must use her resourcefulness and cunning to break free of the Co-op’s grasp and finally live life on her own terms.

Melvin Van Peebles’ edgy, angsty, romantic first feature could never have been made in America. Unable to break into a segregated Hollywood, Van Peebles decamped to France, taught himself the language, and wrote a number of books in French, one of which, La permission, would become his stylistically innovative filmmaking debut. Turner (Harry Baird), an African American soldier stationed in France is granted a promotion and a three-day leave from base by his casually racist commanding officer and heads to Paris, where he finds whirlwind romance with a white woman (Nicole Berger) – but what happens to their love when his furlough is over? Channeling the brash exuberance of the French New Wave, Van Peebles creates an exploration of the psychology of an interracial relationship as well as a commentary on France’s contradictory attitudes about race that is playful, sarcastic, and stingingly subversive by turns, and that laid the foundation for the scorched-earth cinematic revolution he would unleash just a few years later with Sweet Sweetback’s Baadasssss Song.

Suzanne is 16. She is bored with people of her age. Every day on her way to high school, she passes a theater. There, she meets an older man, and becomes obsessed with him. Despite their age difference, they find in each other an answer to their ennui and fall in love. But Suzanne is afraid she’s missing out on life – that life of a 16-year-old, which she had struggled so much to enjoy in the same way as her peers.