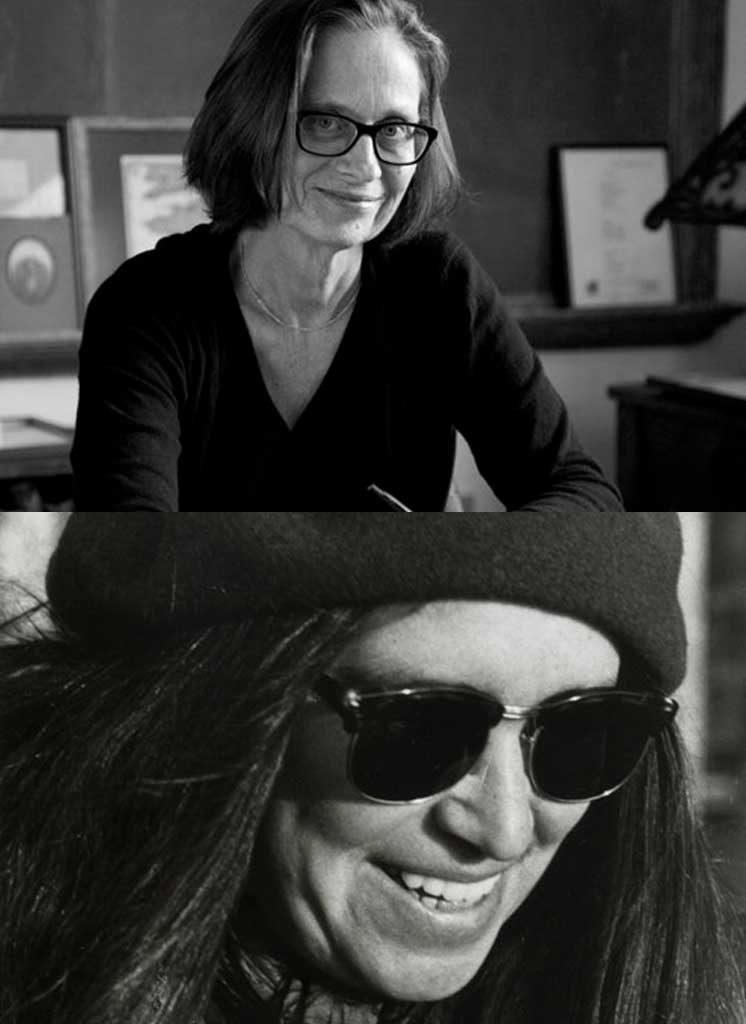 An evening with Lydia Davis & Bernadette Mayer
with an introduction by Barbara Epler, Publisher of New Directions

“Can a translator have groupies? If so, I am hers.” – John Waters on Lydia Davis, The New York Times

LYDIA DAVIS is a short story writer, novelist, and translator. She is the author of six collections of short stories, including Can’t and Won’t (2014) and The Collected Stories of Lydia Davis (2009), and one novel, The End of the Story (1995). Her collection Varieties of Disturbance (2007) was nominated for the National Book Award. Davis is best known for her very short, micro- or “flash” fiction; many of her stories are a single sentence or paragraph long. She has translated novels and works of philosophy from French, including Gustave Flaubert’s Madame Bovary (2010) and Marcel Proust’s Swann’s Way (2003). Her honors and awards include fellowships from the Guggenheim Foundation and the MacArthur Foundation, as well as the Man Booker International Prize. Her most recent book is Essays One, published in November 2019. She lives in East Nassau, NY.

BERNADETTE MAYER was born in Brooklyn, NY, in 1945. A most prolific poet, her first book was published when she was twenty-three years old. For many years Mayer lived and worked on Manhattan’s Lower East Side. She was the Director of St. Mark’s Poetry Project from 1980 to 1984. Now, many texts later she continues to write progressive poetry from her home in East Nassau, NY. Mayer has taught at Naropa Poetics Institute, New School for Social Research, College of Staten Island, and New England College. She has received grants and awards from: PEN American Center, Foundation for Contemporary Performing Art, The NEA, The Academy for American Poets, and American Academy of Arts and Letters.

BARBARA EPLER is the Publisher and President of New Directions Publishing. She joined New Directions as an editorial assistant after graduating from college in 1984. She became editor in chief in 1995; named Publisher in 2008, and in 2011 became president. New Directions was founded in 1936 by James Laughlin.